In the Shenandoah Valley of Virginia on what is known today as the Lee Highway or Rt.11, is a quiet little village known as Steeles Tavern. No history of the village would be complete without the story of the man for whom it was named – David Steele.

Surviving the battle of Guilford Court House, NC in 1781, David Steele, age 22, with his young wife settled in a house by the side of the road between Staunton and Lexington, VA, where they provided lodging to the few passing travelers. Soon afterward stagecoaches began running regularly, and they too stopped at the home to change horses and to eat and drink. Thus the small village of Steeles Tavern was born. Gradually a country store, post office, town hall, Presbyterian Church, two flour mills, cooper shop, blacksmith shop, and a two-room schoolhouse were added to land owned by the Steeles.

Upon the death of David Steele, his son John inherited the tavern along with most of the land. In 1831, John let his good friend and neighbor, Cyrus McCormick, give his first public exhibition of the reaper in a field of oats in front of the tavern. In 1857 James Gibbs, who lived 1½ miles from the village, invented the machine known today as the Wilcox Gibbs sewing machine. And so, Steeles Tavern was the birthplace of two foremost labor saving devices of the 20th century – the reaper and the sewing machine. In 1889, a man named Walter Searson married Irene Steele, one of John’s daughters, and they raised 7 children on the McCormick farm, where Walter was the manager. In 1916, the Searsons built the Manor. Irene Steele Searson, in the tradition of her ancestors, opened her home to accommodate tourists with “good home cooking and modern facilities” until the 1940s.

A later owner, Mrs. George Butler reopened the home, this time as the “Virginia Tourist Home”. It operated for some time and then became a private home. In 1994, extensive restoration began on the home and the next owners, Eileen and Bill Hoernlein, opened its door in 1995 to greet guests at the Steeles Tavern Manor. The Hoernleins successfully operated the 5-room B&B serving guests both breakfast and dinners before closing the Inn in 2004.

Ray and Melissa Alexander purchased the Steeles Tavern property in December 2011. Since the Bed and Breakfast was closed for 7 years, it needed some renovations before they reopened its doors in July 2012. Great care was taken to retain the original look and feel of a Virginia Manor House but at the same time provide modern amenities in the guest rooms. The Alexanders operated the inn for 7 dedicated years successfully turning Steeles Tavern Manor into a thriving B&B.

Trey and Dana Tumminello (that’s us!) purchased the property in April 2019. We come from military roots but have been calling Virginia home since the mid 70s. We look forward to running the Manor with the same excellent service and Southern grace that our guests have come to expect.

Our watchwords here are standards and discipline (did we mention that Trey was in the Army?).  At STM we believe in setting high standards and then having the discipline to achieve them.  As the famous Vince Lombardi said, “Perfection is not attainable, but if we chase perfection we can catch excellence.”

Plan a visit with us, and experience the warmth and hospitality that began in this house in 1916 and continues today. 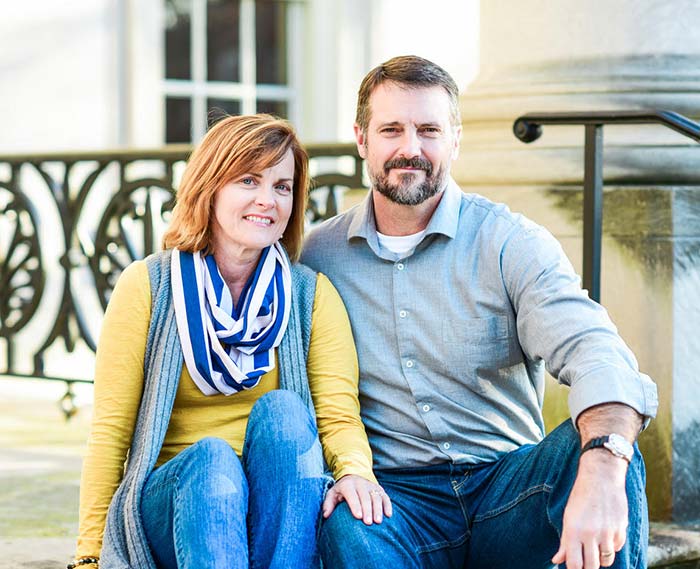